Lee M Withey- Past Experiences with Contender, Encore and Ruger # 1 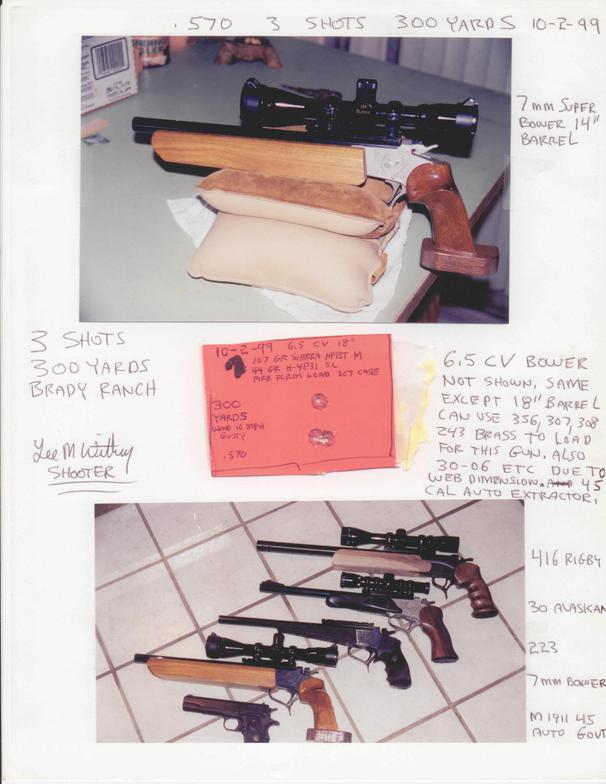 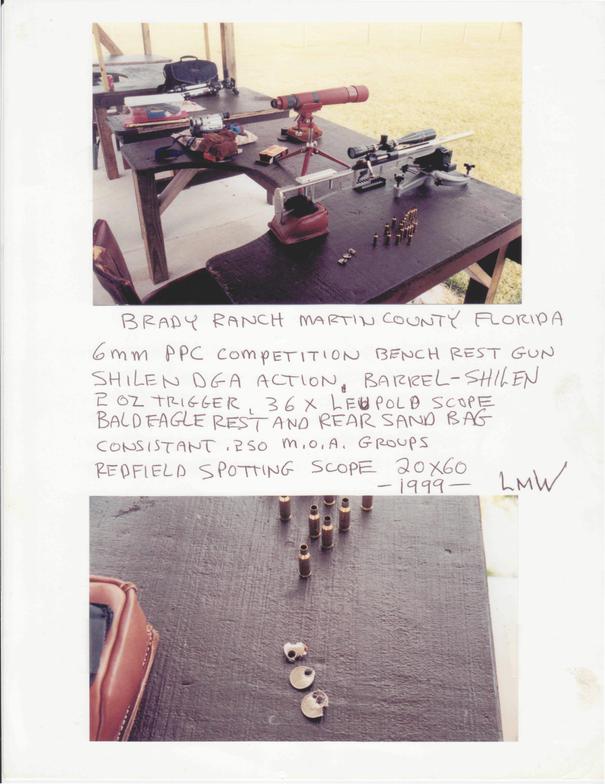 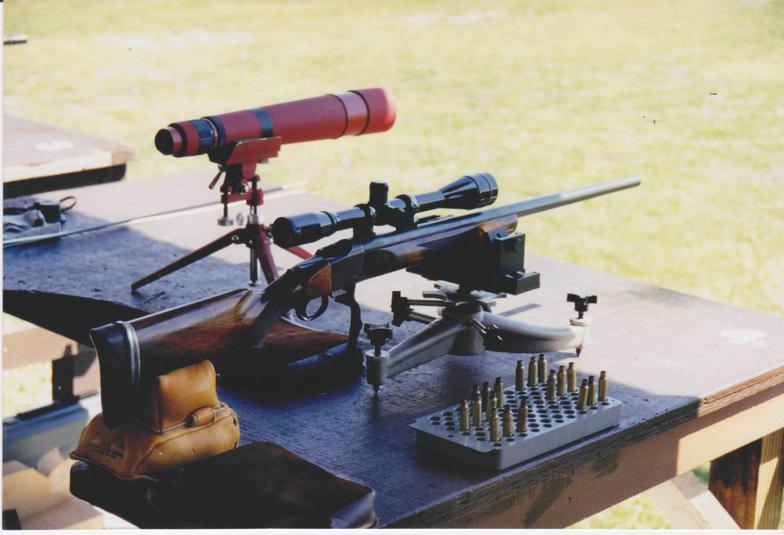 Amazing !!! Fantastic !!! Accurate !!! Bower 6.5mm SS Ruger #1. This is the gun with the gain twist barrel that Don Bower had built. He was very proud of this gun and also the entire process of having it built just the way he wanted. 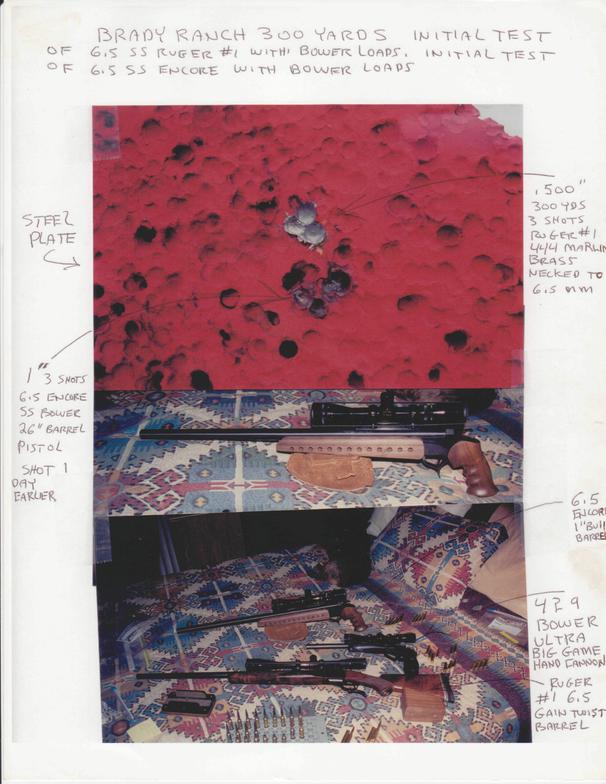 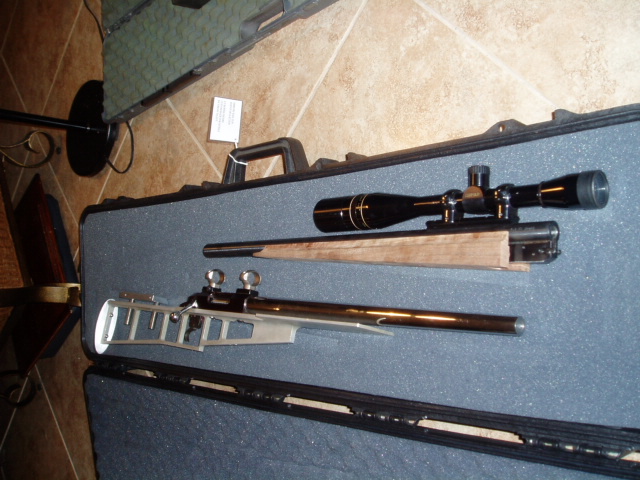 Above is my 6mm PPC  "Palmisano & Pindel Cartridge"  benchrest gun. This is 100% custom made. The scope for the PPC is on the 6.5 mm SS Bower Encore barrel in the case also. It's a Leopold 36x with 1/8 MOA reticle. What a clear view of something small way out there. There is no other center fire cartridge that has a following like the 6mm PPC. It's one of the most accurate rounds  ever deleloped.  The 6mm PPC "rail gun" guys are the nerds of benchrest shooting. 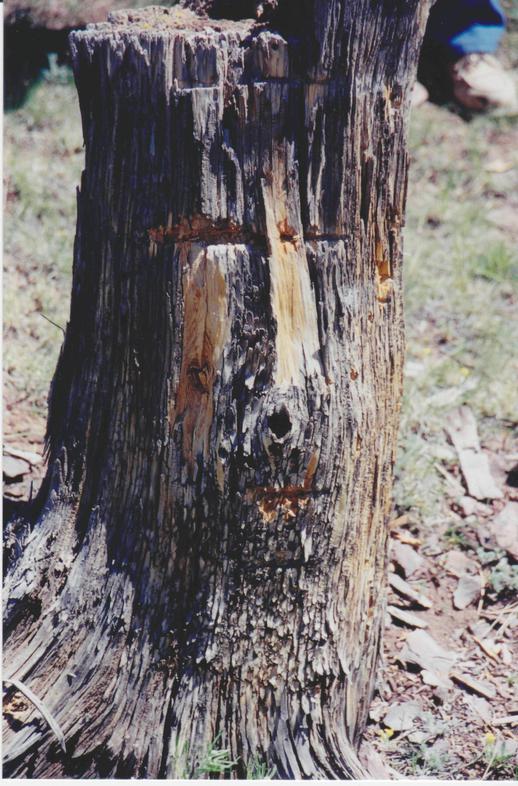 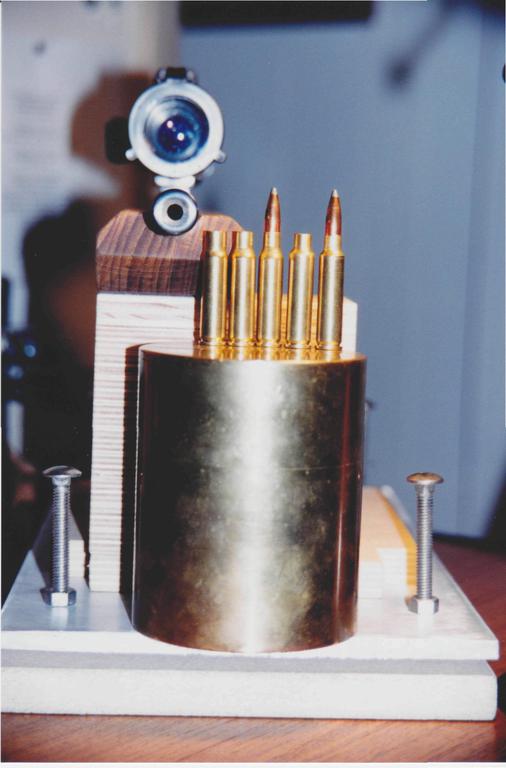 For 7mm Super Bower I start out with a Win 356 cartridge a size it down to 30 Cal with a 308 small base die. The next step is sizing it down to 7mm with a 7mm-08 die. At this point the case shoulder is slightly rounded. Then I Load the round and shoot it. This is called fire forming and the case takes the shape of the gun chamber. These rounds end up with a 40 degree shoulder. Also, these fire form loads are extremely accurate. Many people use lighter loads just to fire form the case without using them for target practice. Bower sizing die for reloading. 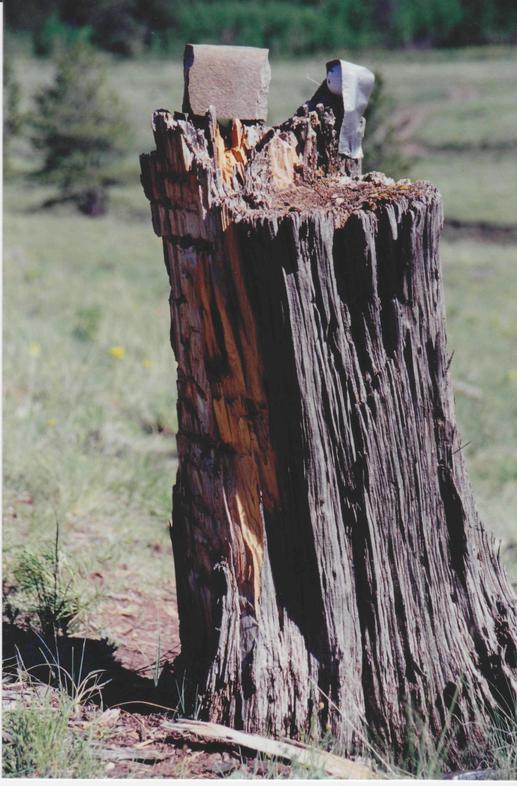 The golf ball and rock are on standby waiting  for their demise. 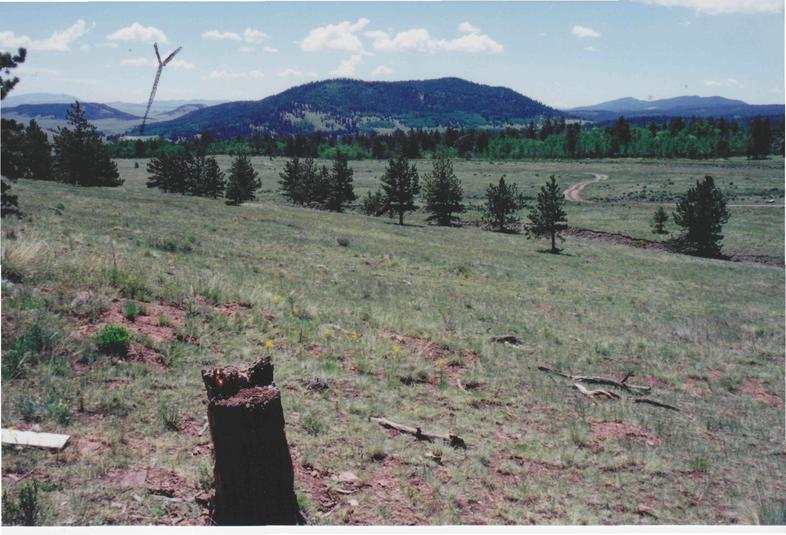 Remarkable and  Fantastic. You can see the big tree at the bottom of the arrow. That's our shooting spot. On the right you can se the winding dirt road. The truck is to the right, off the picture, at the bottom of the hill. The steel plate is on the ground. We weren't very interested in shooting the plate. The other stuff was interesting at the time. 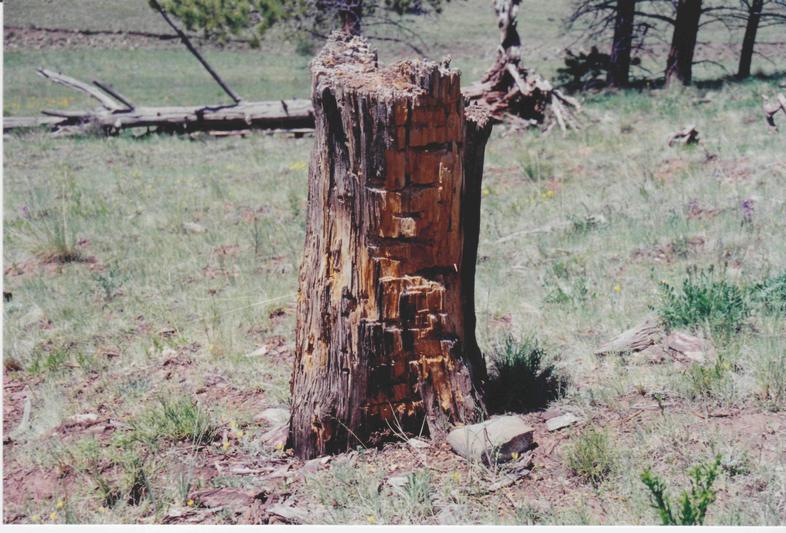 It could not be better. It's so easy to see what we are doing.

Spray painting prior to shooting to monitor hits. 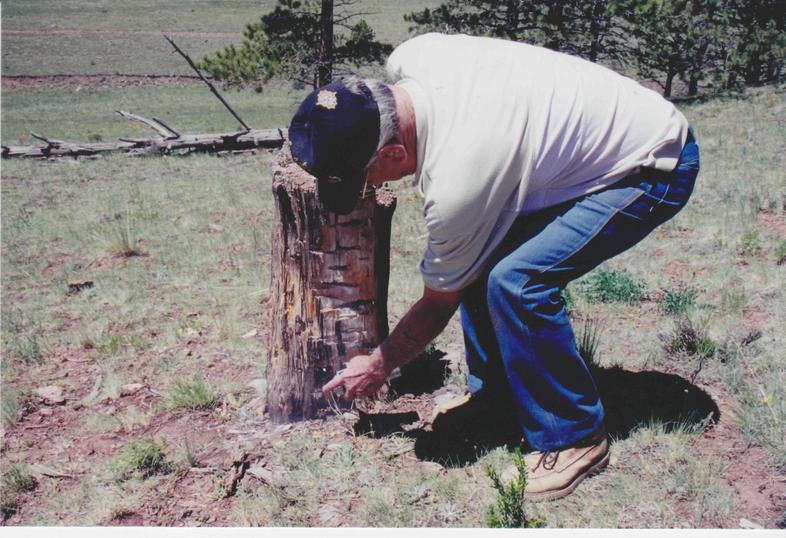 These pictures will give you a better idea of what we are doing. For all of these shots, we are shooting from under the tree exactly 726 yards away. Above, Don is spraying white paint on the stump so we will be able locate our shots Much Easier. Hitting the stump isn't a problem. What we are doing is trying our best to shave the bark off the side of the stump. These pictures basically speak for themselves concerning our goals. I still have the rock and it's in a couple of pieces. Also, I have part of the camera I shot. The golf ball is gone???? Probably in
the rough! It's amazing that I shot a golf ball at 726 yards using a Contender pistol with a 14" barrel. 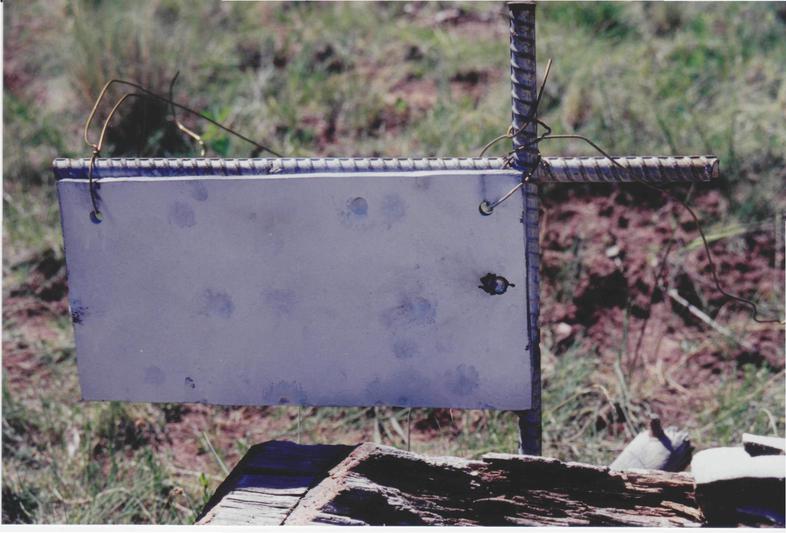 That's the same steel plate that was used for the shooting demonstration for American Rifleman Magazine. 1995 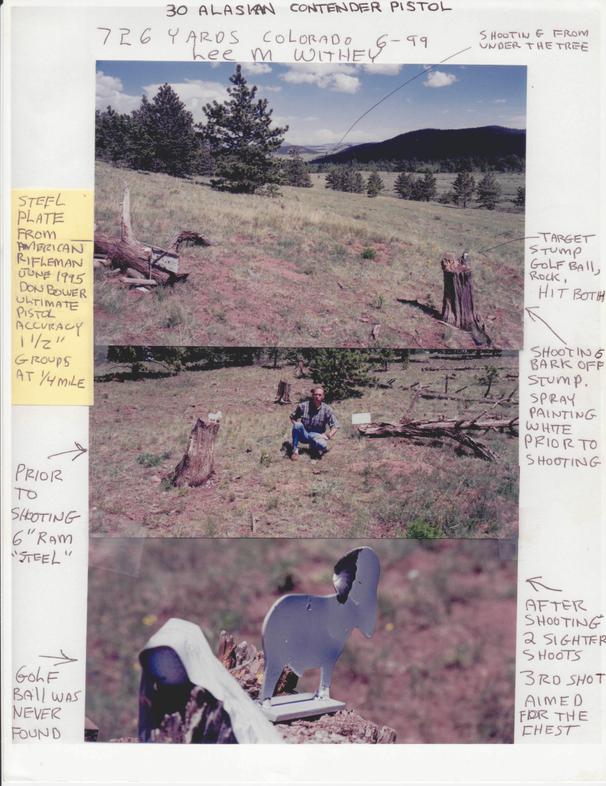 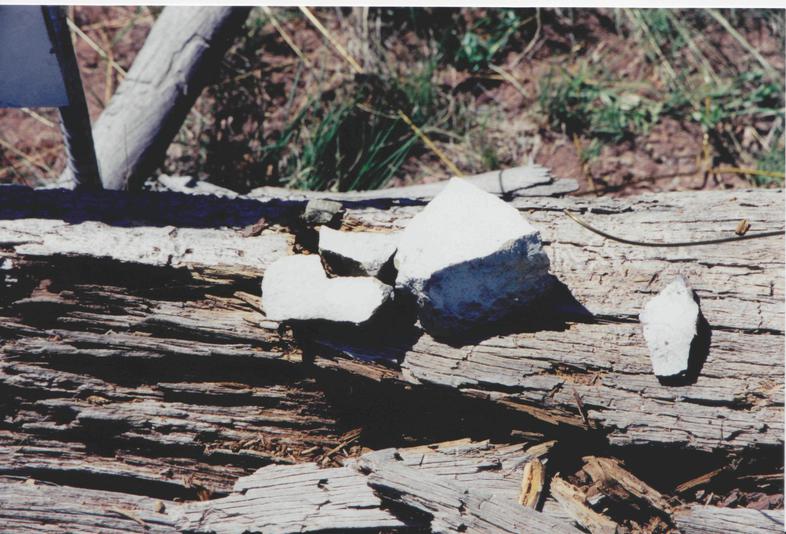 I hit the rock right in the center. 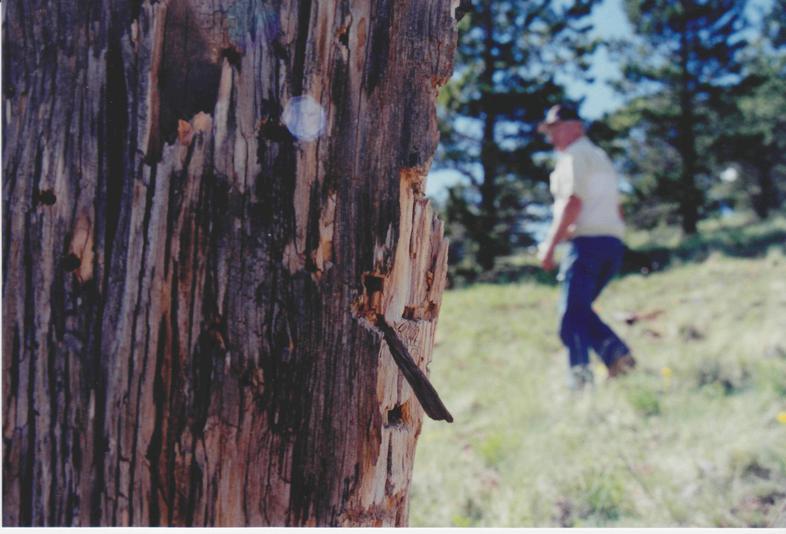 After locating some new holes, Don finds some of the bullets. If the angle is right, they leave a nice crater and the bullets are fairly easy to find. I still have a few of the bullets. 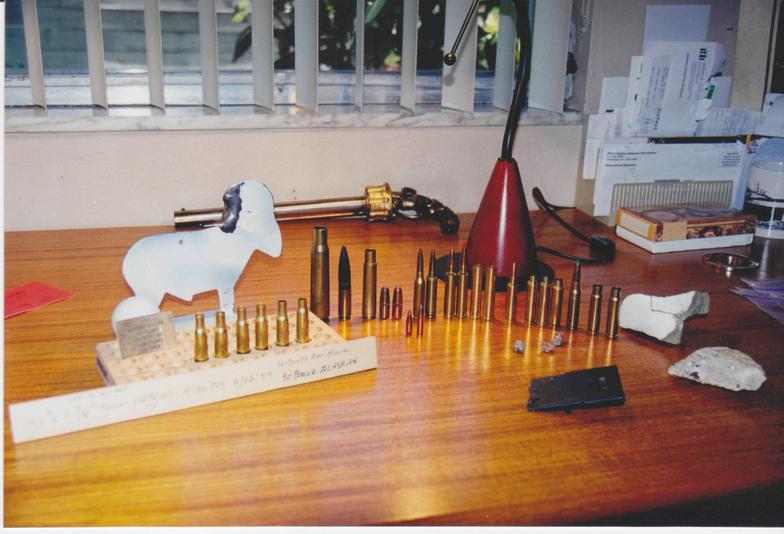 Trophies from the big safari. 1 dead Camera, Ram and Rock. 3 recovered bullets from the hill behind the stump. The signed ruler from the 500 meter 3 shot group. One plaque from a trophy of Don's is leaning against the gulf ball. The gulf ball is a reminder of the one I hit from 726 yards away. The red thing is one of the warning tags from the checked luggage. I brought several Contenders and a lots of new loads to shoot. Destination- Denver the Mile High airport

Don Bower, a true friend, and he is resting in peace 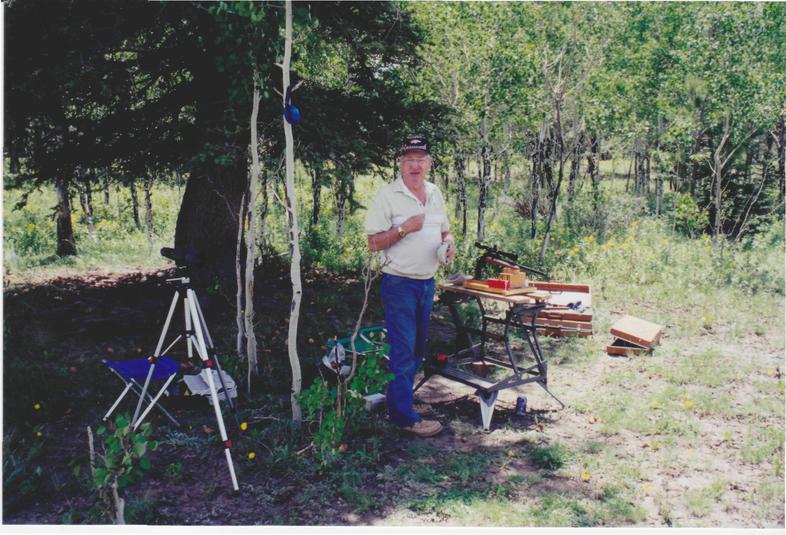 Our shooting spot under the tree. You can see the spotting scope and the bench with one of the pistols. Our target, the stump on the hill exactly 726 yards way.